An endowed center, the Jerre L. and Mary Joy Stead Center for Ethics and Values (Stead Center) draws together seminary resources, graduate professional schools, area pastors, and laity to address the compelling ethical issues facing contemporary society; e.g., technological interventions at the beginning and ending of life; war and religion; the plight of children in the cities; the environment; and human experimentation. It seeks to bring a theological perspective to these issues of ecumenical and international scope. Special lecture series and seminars are among the settings which will bring religious communities, seminary scholars, and university colleagues together with the Garrett-Evangelical community.

The mission of the Stead Center is to promote teaching and research along a range of theological topics and moral issues. It is committed to drawing upon and promoting thoughtful conversation among the church, academy, and society in a manner in which no sharp distinction is drawn between “theory” and “practice.” Or stated more prosaically, the Stead Center is dedicated to the proposition that there is nothing more practical than a good idea, and nothing more ideal than good practice.

The purpose of the Stead Center is to promote the teaching and research of ethics and values, utilizing the following methods:

Director of the Stead Center

Dr. Brent Waters is the Jerre and Mary Joy Stead Professor of Christian Social Ethics, and Director of the Jerre L. and Mary Joy Center for Ethics and Values at Garrett-Evangelical Theological Seminary in Evanston, Illinois. He is the author of Just Capitalism: A Christian Ethic of Globalization; Christian Moral Theology in an Emerging Technoculture; This Mortal Flesh: Incarnation and Bioethics; The Family in Christian Social and Political Thought; From Human to Posthuman: Christian Theology and Technology in a Postmodern World; Reproductive Technology: Towards a Theology of Procreative Stewardship; Dying and Death: A Resource for Christian Reflection; and Pastoral Genetics: Theology and Care at the Beginning of Life, with co-author Ronald Cole-Turner; and editor of God and the Embryo: Religious Voices on Stem Cells and Cloning, with co-editor Ronald Cole-Turner. He has also written numerous articles and lectured extensively on the relationship among theology, ethics and technology. Waters primary research interests are in the areas of Christian social and political thought, bioethics, and the relationship among theology, science, and technology.

Waters has served previously as the Director of the Center for Business, Religion and Public Life at Pittsburgh Theological Seminary. He is ordained for Christian ministry in the United Church of Christ and is a graduate of the University of Redlands (BA), School of Theology at Claremont (MDiv, DMin), and the University of Oxford (DPhil). 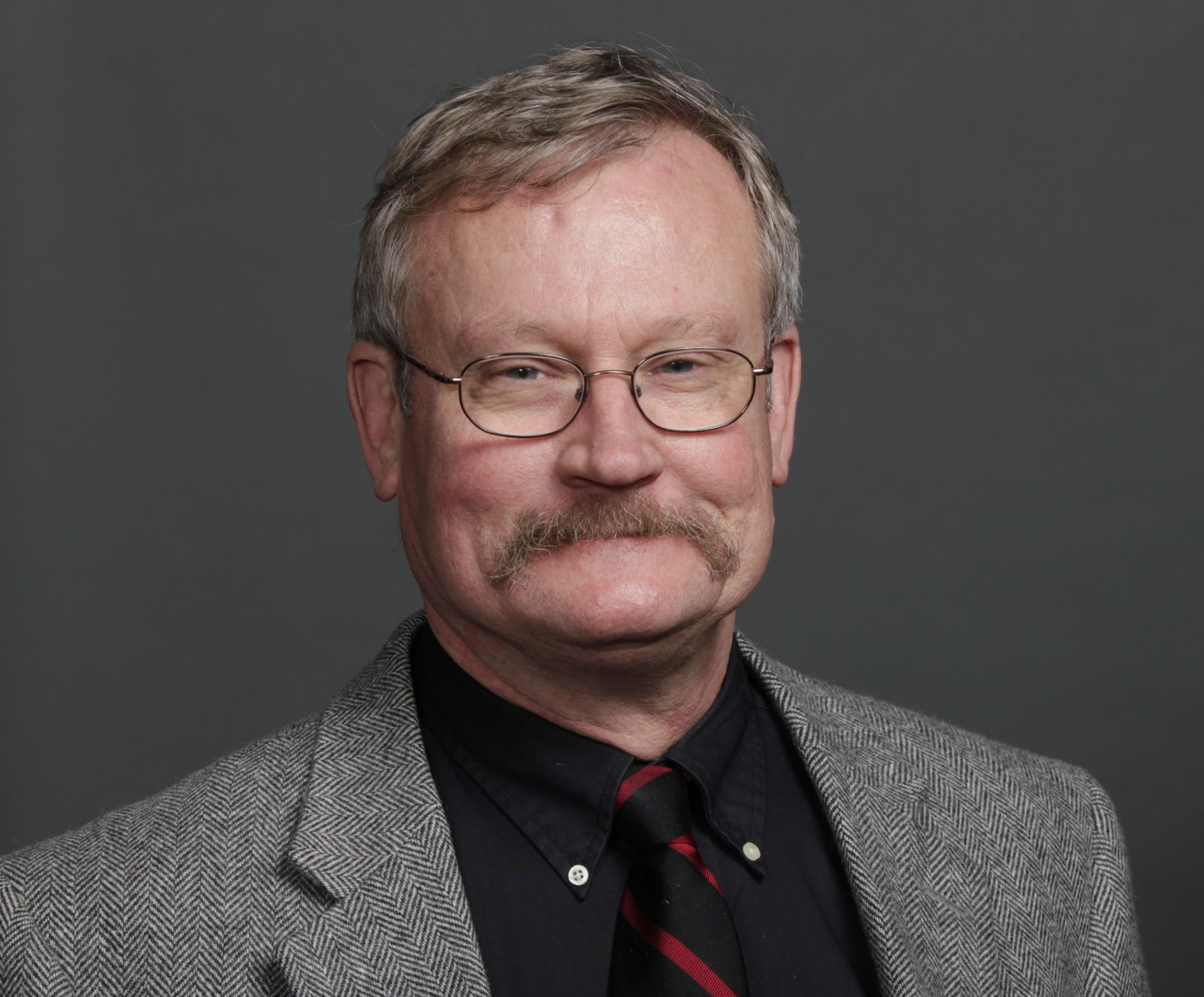 Jerre and Mary Joy Stead were raised in Maquoketa, Iowa, where they met in 1957. They were married in 1961 and have raised two children. Their life together has been one of remarkable achievement and commitment to church, family, and effective philanthropy. Garrett-Evangelical has been fortunate to have the benefit of the Steads’ vision and generosity.

Jerre Stead earned his bachelor’s degree in business administration from the University of Iowa in 1965. In 1987, after 21 years of management experience at Honeywell, Inc., he joined Square D Company of Palatine, Illinois, as president and chief operating officer and chairman of the board. In 1991, Jerre became president and chief executive officer of AT&T’s business products division, where he engineered a dramatic turnaround of the division. He was named chairman and chief executive officer of AT&T/NCR in 1993. In 1995, Jerre became chairman and chief executive officer of Legent Corporation in Herndon, Virginia, where he was instrumental in completing a successful merger with Computer Associates. In 1996, he joined Ingram Micro, the world’s largest distributor of technology products, as the chief executive officer with a proven track record, great vision, and global expertise. In 2000, after retiring from Ingram Micro, he became executive chairman of IHS Inc., a global information company offering expertise in the areas of energy, economics, geopolitical risk, sustainability and supply-chain management. Jerre assumed the additional role of CEO for IHS Inc. on September 20, 2006, which he maintained until June of 2013. He now serves as Executive Chairman of the company.

Throughout his business life, Jerre Stead has been admired and respected for his transformational leadership style and a deep commitment to a strong code of values. He is co-author with James A. Belasco of Soaring with the Phoenix: Renewing the Vision, Reviving the Spirit, and Re-creating the Success of Your Company. He has served as a trustee at Garrett-Evangelical since 1991 and currently serves as chair of the board of trustees and co-chair of the seminary’s Forging Our Future: Phase Three capital campaign.

Mary Joy has been up to the challenges dictated by Jerre’s high profile and demanding career. Although she has not sought the limelight, she has been a full and indispensable partner in the couple’s life decisions and philanthropic endeavors. She is active in church affairs, an avid golfer (along with Jerre), and a licensed airplane pilot. Family has always been at the center of the Stead’s life and a primary goal for both Steads is to fulfill their roles as parents and grandparents. Jerre and Mary Joy have lived their lives as a shared commitment to helping others.

In 1996, Jerre and Mary Joy set the pace for the Bold Leaders for a New World campaign through a major lead gift. Then in 1997, they doubled that commitment. Their gifts have endowed the Jerre L. and Mary Joy Stead Center for Ethics and Values and the Jerre L. and Mary Joy Stead Chair of Christian Social Ethics, a position which ensures that Garrett-Evangelical will always have a faculty person who teaches Christian Social Ethics and directs the work of the Stead Center. In addition, it was announced at the seminary’s board of trustees meeting on May 12, 2011, that Jerre and Mary Joy had made a commitment of $5 million to Garrett-Evangelical’s unrestricted endowment. In announcing this most recent commitment, Mr. Stead challenged the other trustees to match his gift and help lead the way in reaching the $100 million Forging our Future Phase Three campaign goal by addressing the largest component of the campaign—building the seminary’s unrestricted endowment. In response to this generous gift from the Steads, the board of trustees voted unanimously to rename Lesemann Hall as the Jerre and Mary Joy Stead Hall. The Steads also had made an earlier campaign commitment to endow three full-tuition plus stipend scholarships for students at the seminary. 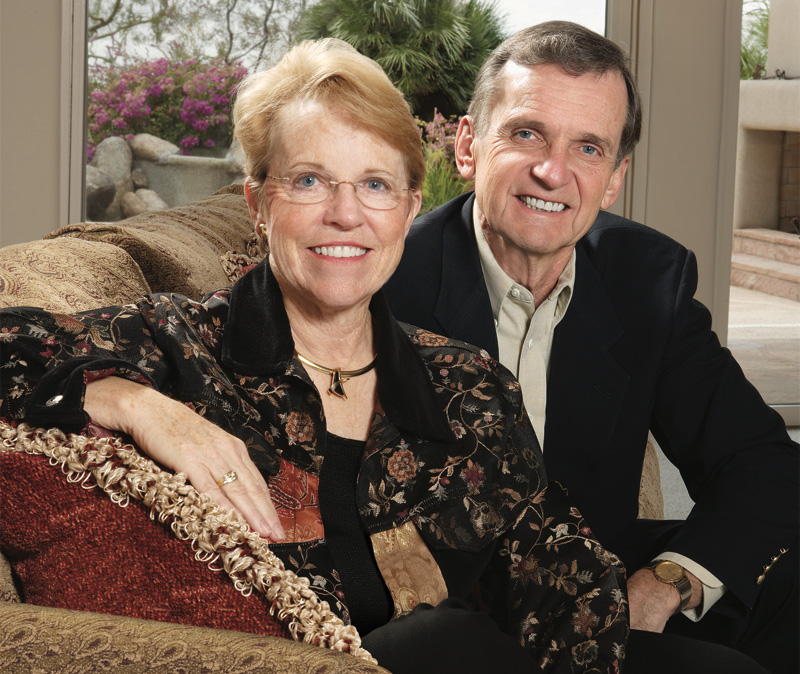